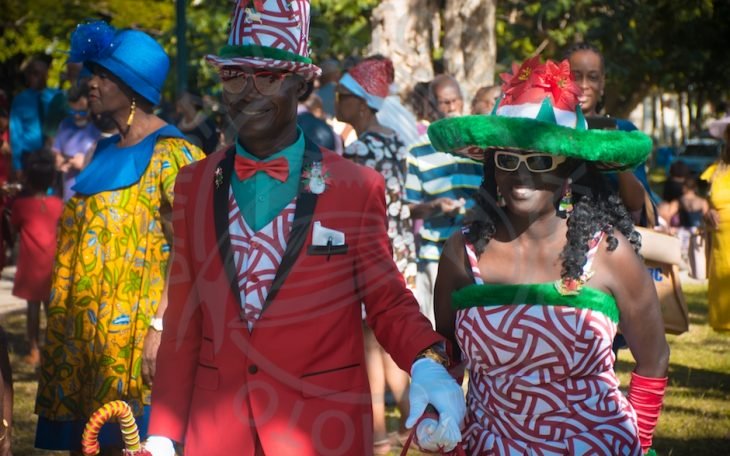 Between 1783 and 1905, Queen’s Park was the official residence of the General commanding the British troops of the West Indies.  Since 1909, it has been a designated park, an oasis of serenity in bustling Bridgetown.  But not on Christmas Day!  On that festive occasion, it is a hive of activity.  After their Christmas church service, it is very much a tradition for Barbadians to show off their finery in Queen’s Park.

The fashion extravaganza is one aspect of Christmas in Queen’s Park and it comes accompanied with much photo-taking by family and friends and also by journalists and professional photographers.  The best dressed will find their way onto TV and the pages of the daily newspapers.  But there is another element of Christmas in Queen’s Park which makes it unforgettable – the Royal Barbados Police Band.   World-class, it is a source of pride for all Barbadians.   The Police Band has been playing in Queen’s Park on Christmas Day from as far back as 1907 and is likely to continue that tradition for many years to come, to the enjoyment of Barbadians and visitors alike.